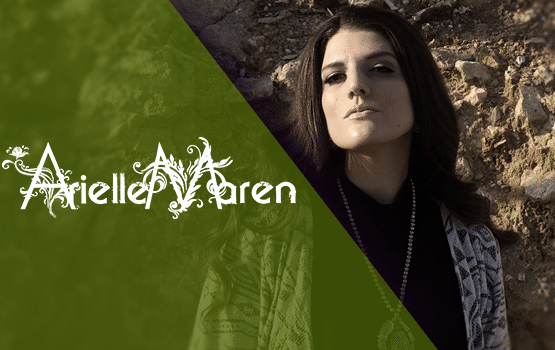 Arielle Maren is becoming a widely recognizable voice in the dance music scene. Her heartfelt lyrics and emotionally charged vocal performances can be heard across the globe. She has always considered herself “a poet best expressed through the outlet of music.” When you truly listen to her lyrics, you can feel the power behind her songwriting ability, as each song tells a tale of forgiveness, hope, transformation and love. Arielle Maren best describes her music as “healing hearts, one beat at a time.”

Arielle first entered the EDM scene in 2011, collaborating with the esteemed Estiva on their euphoric track, “Wait Forever”. She has also collaborated with the likes of Ørjan Nilsen, Dimension, Ronski Speed and LTN on various labels including Armada Music, Black Hole Recordings, Enhanced Music and Silk Music. Throughout the years, Arielle has received major support from music industry giants Above and Beyond, Armin van Buuren, and Cosmic Gate, to name a few. Arielle’s and LTN’s 2016 released album “Momentum” (featuring 13 vocal tracks on Armada’s “Statement!” label) made a huge splash to the #1 spot on the Beatport trance release chart! She is also a long-time collaborator with Vintage & Morelli, including starring on his “My Rose Enchanted Destiny” and recent “Hymn to the Night” albums. With her contribution on V&M’s latest album, it debuted at #6 on the iTunes Dance chart in the USA! Although Arielle has released on various labels throughout the years, she finds Silk Music to be her home base; as she too relates to the message of bringing “emotions into sound” on point with her mission.

Arielle Maren has had the pleasure of performing live in the United States and in Europe, and hopes to showcase her music more in the near future! Expect many stellar releases to come from this vocal virtuoso! You can stay up to date with Arielle Maren’s creations by following her on her social media platforms (Facebook, Instagram, Twitter and Soundcloud). For collaboration requests, please submit demos to: [email protected]