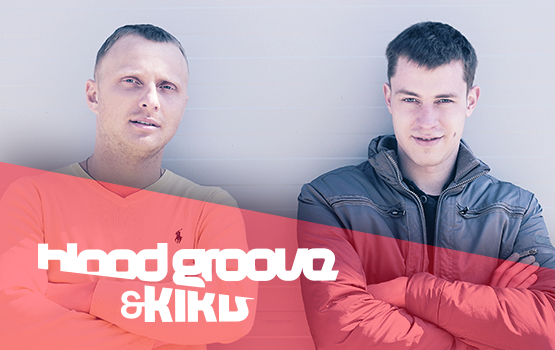 Hailing from a small town in Latvia, Blood Groove & Kikis consists of Edmunds Kasperovičs and Kristaps Kārkliņš, who initially met on a party in which they both performed. They quickly discovered that they not only shared a similar taste in music, but also common career aspirations. Soon thereafter, they formed the duo that we now know as Blood Groove & Kikis.

Their collaborative work as DJs started back in fall 2006, and since that date, they have always performed together, typically playing back-to-back sets. Since 2009, they have also been producing their own original tracks and remixes – in their own words, these tracks are inspired by emotions, personal experience and different events from all around the world.

One of the world’s most famous magazines, PEOPLE, selected Blood Groove & Kikis’s remix of Claes Rosen’s “Starlight” [Spring Tube] for their “Hot Songs You May Have Missed in 2013” chart. Blood Groove & Kikis also released their debut artist album, “Wonderland,” in 2014, which reached the top of Beatport’s Trance and Progressive House Charts.