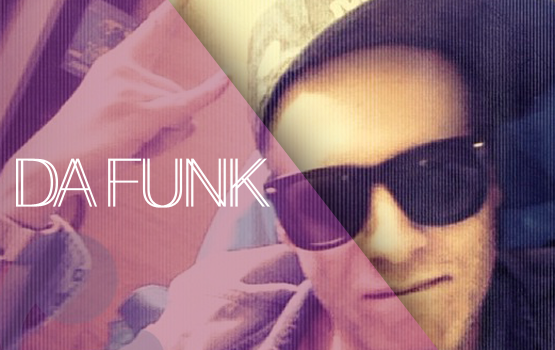 Switzerland, 1991. The electronic music scene began to gain a big following. Enter a teenager named Da Funk. Electronic music had impacted the young man immensely, and he was consumed by everything related to Electronic Dance Music. Attendance at his first parties ensued, and Da Funk had definitely fallen in love with the music. Da Funk experienced the mid 90s with excessive celebrations on innumerable parties and club nights; just being a music consumer did not give him enough “kick” any longer.

Thus the music-possessed young man began to learn how to mix, and soon thereafter, his first gigs emerged at small, typically illegal parties around Winterthur. In winter 1996, his very first big gig in Zurich followed, and Da Funk was able to please a bigger crowd with his smooth blend of various styles, no matter the genre. Bookings throughout Switzerland followed almost immediately afterwards.

His attendance at the legendary Spanish party island in ’97 rang the end of his DJ activity. Due to insufficient satisfaction by only playing records and infected with a new musical direction, the DJ project was temporarily hung to the nail. House Music was the newborn child of Da Funk. A time of re-direction followed, and Da Funk returned into the role of the consumer for a short moment.

Sitting around and doing nothing aren’t characteristics Da Funk wanted to call his own, so he courageously moved a step further in his career. He realized that producing his own sounds and tracks should be his path instead. He began to build up his own studio and worked with great eagerness on his musical ideas.

Up next on his journey, he started Acryl Music in 2004 as a platform to reveal to the world his definition of house music: deep, techy, forward-thinking & innovative.
His productions are widely known for a trademark melodic sound with that certain “feel.”