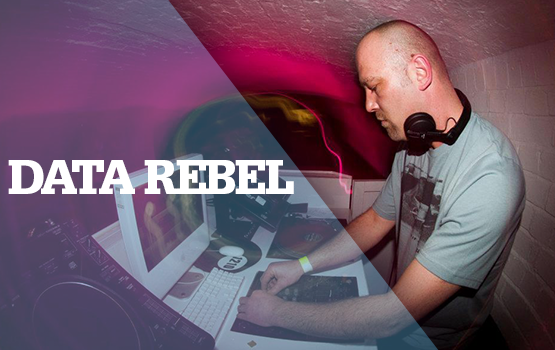 Daniel Howe, aka Data Rebel, grew up in a small northern town in the UK. His passion for music started when he was a young boy, when he would listen to 80s music and early electronic music. As he grew older, the club scene, especially early acid house, enchanted him. Before long, he had purchased his first set of turntables and got into DJ’ing in small local venues and underground parties.

A few years later, not totally satisfied with DJ’ing alone, he bought his first synthesizer, with the goal of creating the same sounds he had been hearing in clubs in the preceding years. Warp Records in Sheffield (UK) had a big influence on his new focus in production; specifically, “The Artificial Intelligence” series was especially impactful. Artists like Autechre, Boards of Canada, Plaid, and Aphex Twin were his main influences (and still are today).

Over the years, he has continued to produce IDM / Electronic Chillout music, which has depth and emotion, but still retains an obvious glitchy, IDM-influence. He has produced albums for both Kahvi and Spiritech Records, and has had various singles on compilation releases, as well as an LP on his own Bandcamp page.