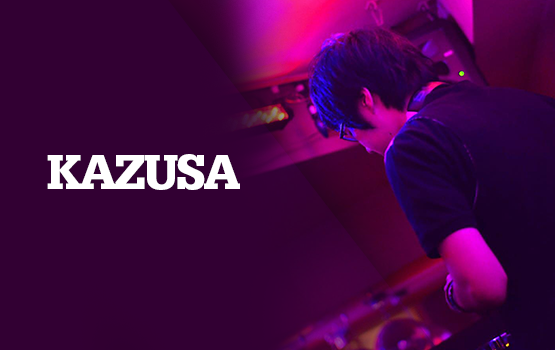 Kazusa was born in 1989 and started producing electronic music in 2003. In 2006 he founded a small label called Evola Records with Nhato and Taishi and began to release tracks, with a focus on forefront EDM styles in Europe. Later, Kazusa established his own style that is characterized by slow-burning grooves and watery synth layers with emotional ambiences. In 2009, Mango from Russia found Kazusa’s exceptional talent and chose him to remix his classic “Good Morning Track,” which made his debut outside Japan. After that, Kazusa have been releasing originals/remixes on key labels like Silk, Arrival, Otographic, Proton and has collaborated with Shingo Nakamura and Mango. These tracks have been getting warm support by Armin van Buuren, Jaytech, Dinka, Max Graham. The collaboration track with Shingo Nakamura “Dice” was included in Solarstone’s compilation album “Electronic Architecture 2”. Now Kazusa is one of the promising artists from Japan in the field of progressive house.