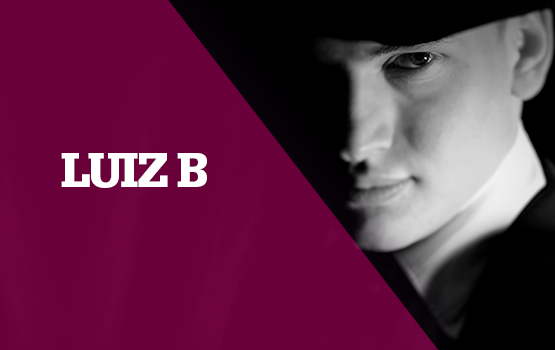 The Brazilian talent Aluiz Batista, a.k.a Luiz B., began his career at just 13 years old. In 2008 his productions were launched into the atmosphere of digital media through the largest online distributers in the world. Luiz is a versatile and experienced producer, whose tracks stand out for their creativity and originality. He has achieved his greatest success in the genres of Progressive House and Trance, where he has reached the top of the sales charts. He has been supported by many notable global DJs and producers, such as: Armin Van Buuren, Dash Berlin, Above & Beyond, Gareth Emery, Paul Van Dyk, Cosmic Gate, Bobina, DJ Feel, Roger Shah, Richard Durand, Moonbeam, Max Graham, Jaytech, Ruben De Ronde, Matt Darey, and Solarstone. He is also a core artist of Silk Music, Per-Vurt and Spring Tube and has released tracks on Armada, Black Hole, Proton, Baroque, Plusquam, Istmo, Mistique, Neuroscience, and more. Most notably, he produced a remix of ‘Lost At Sea’ for leading British DJ Matt Darey (featuring the vocals of Ashley Tomberlin), which became one of Darey’s biggest hits.