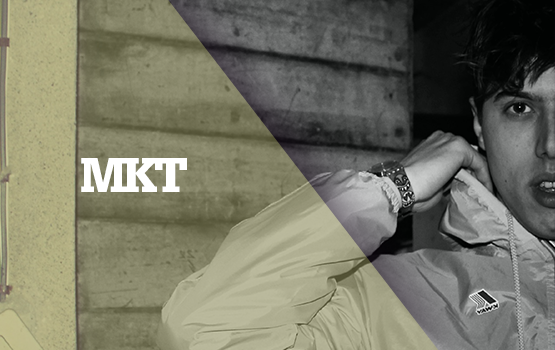 “To conceive of the music we must conceive the silence.”

Marco Devalle aka MKT was born in a small town in the province of Cuneo (Italy); he is an eclectic and unconventional artist.

His first releases (2011) could be labeled progressive, with significant international support by the legendary Paul Oakenfold, Roger Shah, Markus Schulz, Mike Saint-Jules, and many others. MKT’s unofficial remix of Pink Floyd’s “High Hopes” was an especially big success, featured by the well-known magazine NME Magazine.

The pursuit of perfection, dynamics, space, and the influence of different musical styles has led MKT to a profound change, a change rooted for years in the artist’s subconcious, visible only in 2013 with the release of “The Essence Of Stationary Mobility” [Silk Sofa]. It proved to be an EP that acted as a mirror to the real identity of the artist: composer, writer and vocalist.

The enigmatic writing and the maniacal selection of evocative sounds contributes to the persona of MKT as a “director,” who is not content to reveal a full “film,” but only sequences of it.