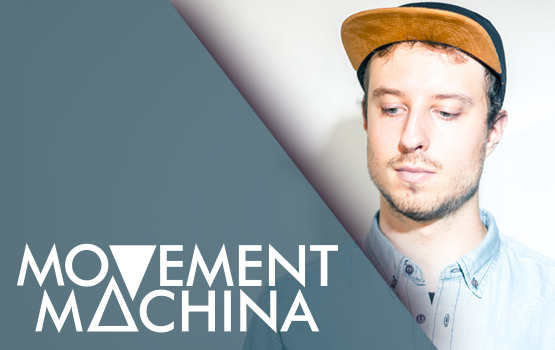 The sound of Movement Machina is forged in a rare playground of the organic and synthetic with a clear-cut vision: always emotionally charged and rhythmically alluring, but never confined by any musical boundaries. Making his debut to the progressive scene in 2015 with the “Left Of Me EP” on Swedish label Mareld, Movement Machina already set the standard for his future projects. Following up with “Advent” on the same label in early 2016, he raised the bar only a month later with his track “Face Yourself,” which was released on the famous Anjunabeats label, run by Above & Beyond, on their “Anjunabeats In Miami 2016” compilation.

With the arrival of the summer, Movement Machina remixed a Super8 & Tab classic, “My Enemy” (featuring Julie Thompson), which was also released on Anjunabeats on their “Anjunabeats In Ibiza 2016” compilation. In July 2016, Movement Machina made his Mango Alley debut with “No For An Answer EP”, the leading track of which was remixed by no other than Andre Sobota.

Yet another debut was made in October 2016, on well-respected Silk Music, with “Haunted EP,” featuring Finnish singer-songwriter Mia Suszko. In addition, he released a progressive techno banger “Standard” on Swedish Clubstream Blue, as well as the futuristic “Playful Machine” on Mango Alley’s “Amsterdam Dance Event Exclusive Compilation.”

Closing 2016 with style, a special collaboration between himself and Timo Vaittinen (the second half of the established duo Taival), a progressive showpiece called “Upsides Have Downsides” was brought into daylight on the Zerothree compilation “#REALPROG V3” in December.