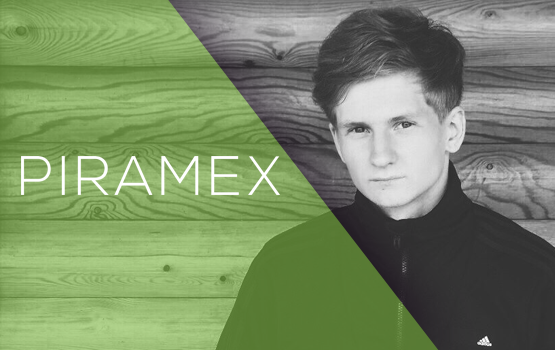 Piramex (a.k.a. Sergey Kaptelinin) is one of the brightest young talents on the Russian electronic music scene. Straight out of Krasnoyarsk, the artist made a grand debut with a remix of “Both” by Blood Groove & Kikis vs. LTN for Silk’s annual remix contest. It ended up winning the contest, after which time he officially joined the artist roster of Silk Music. He’s also a traveling DJ, with his first major gig at the world famous “Trancemission” festival.

By the age of 19, Piramex has already gained support from a wide circle of DJs from around the world, including the likes of Ferry Corsten, Dash Berlin, Swanky Tunes and Feel. With releases on the aforementioned Silk Music, as well as his recent two track EP “Blur / Lunar Eclipse” out on Alter Ego Progressive, Piramex is now one of the most promising EDM producers out of Russia.