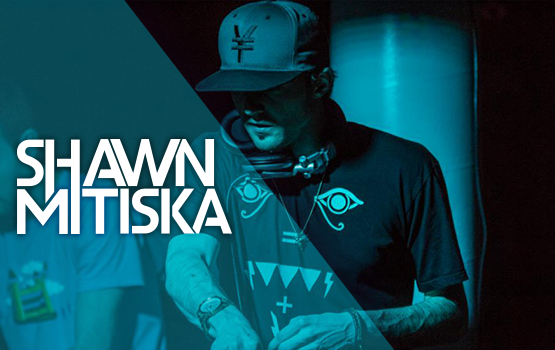 Three time International Dance Music Awards (IDMA)-nominated DJ / Producer Shawn Mitiska is at the forefront of up-and-coming talent in the worldwide dance music industry. Having produced some of the most notable club tracks over the past few years with trio Cerf, Mitiska & Jaren, Shawn has thoroughly established himself as a creative force within the Electronic Dance Music (EDM) scene. His chart topping, innovative productions include, “Man On The Run”, “You Never Said”, “Light The Skies” and his global hit “Beggin’ You”, remixed by Armin van Buuren, world’s #1 DJ. As a result, Shawn’s masterful collection of productions has consistently positioned him atop all major dance and download charts, with nearly every top DJ in the industry supporting his cutting-edge body of work.

As a producer, Shawn’s skills are in constant demand, as he is no stranger to working with and remixing for the likes of Armin van Buuren, Markus Schulz, and Andy Moor amongst others. In addition to his solo production work and remix projects, Shawn recently finished his debut artist album ‘Give Me A Sound’, together with partners Matt Cerf & Jaren on Armada Music, to critically acclaimed reviews.

As a DJ, Shawn’s abilities to keep crowds mesmerized and energized, with his flawless mixing and track selection, assure that his unique talents are in constant demand. He has occupied residencies at world-renowned super clubs “The Church,” and “Vinyl” in Denver, Colorado, and has shared billings with some of the biggest DJs in the world, including Moby, Tiesto, and Armin van Buuren, to name a few. During 2013, word of Shawn’s exceptional talent has garnered rave reviews, as he has exploded onto the international tour scene. Shawn Mitiska is currently traveling the globe, as he continues to inspire those that see and believe what drives him as a future EDM pioneer!