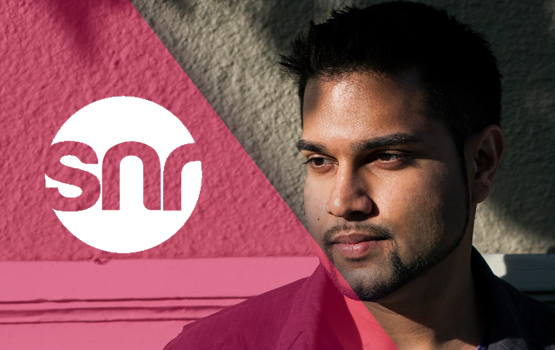 Swapneel “SNR” Ukhalkar is an enterprising music producer who’s part of an exciting generation of new EDM artists erupting into the mainstream. He spent most of his childhood tinkering with computers and designing algorithms. After earning engineering degrees from UCSB and Carnegie Mellon University he went on to study music at Pyramind in San Francisco. SNR’s tracks are consistently forward-thinking and packed to the brim with sounds. His synthesis of progressive house, trance, dubstep and glitch hop is as beautiful as it is addictive. SNR has garnered support from some of the world’s biggest brands and his discography includes releases on numerous major EDM labels like Arrival, Silk Royal, Myon & Shane 54’s [RIDE], Adrian & Raz, Macarize and Black Hole Recordings.

Beyond being a talented producer, SNR owns and operates the new independent EDM label Adrenalin Room. Their vibrant shows in San Francisco have featured exciting new artists such as Trifonic, Singularity and Keyworth, and are already raising the hairs of the West Coast EDM scene. SNR also hosts a popular monthly podcast called “Adrenalin Room Radio” which showcases the direction of the label and tunes that have inspired him the most.