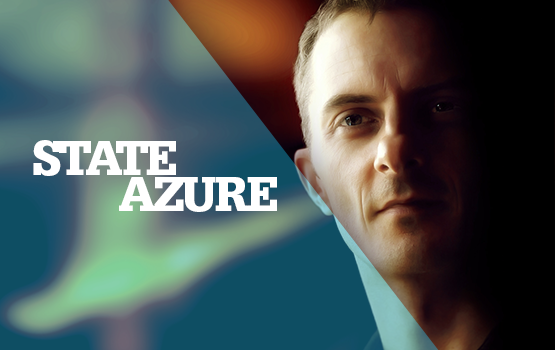 Born in 1972 and raised in the south of England during the electronica-rich, synth-pop 80s, and inspired by the likes of Jarre, Tangerine Dream and Vangelis, State Azure quickly became adept at studying and reverse-engineering his favourite electronic tracks, so that he could later emulate them, leading to basic understandings of musical theories and production.

He continued to gain experience, becoming a keyboardist for a few live-performing bands during his early years, whom he helped produce original tracks, before moving on to solo ambient/experimental work.

Although entirely self-taught, he feels the skills he has developed allow him to improvise more freely and emotionally, without the constraints normally inherited by traditional training.

Sparked by the emergence and fast growing online music community, which offers a much easier way to reach listeners, he reinvented himself under the alias of State Azure, finally releasing his first album ‘Outlines’ in December 2011.