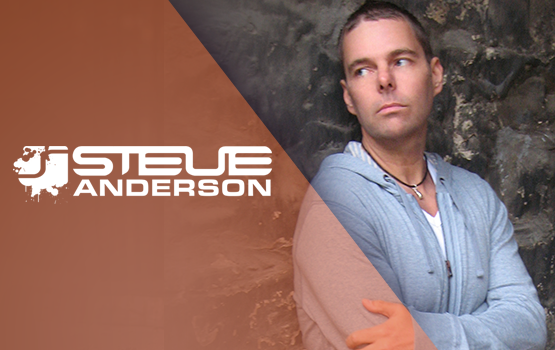 Steve Anderson is a DJ/Producer/Label Owner based in Edinburgh, Scotland. With an extensive history in the music industry which dates back to the age of 7, Steve claimed National & World Drumming titles before the age of 14. After performing around the UK in various bands, Steve moved into dance music in 1994 as a DJ. He secured weekly residencies in Scotland’s elite venues between 1994 & 2000, before being headhunted by Scotland’s Club “Cube” and Glasgow FM Radio Station Beat 106 for residencies in 2001.

During 2001-2004 Steve attracted a large following as a result, and moved into music production. Since 2004 he has toured globally as a DJ and also has performed at some of the world’s biggest clubs & festivals, including main stage appearances at Nature One Festival, Eden Ibiza, Miami WMC & more.

Steve joined forces with Chris Breame in 2005 to create a popular Trance duo A/B Project. Some big releases of his own earned various awards, including being the first Trance artist to win BBC Radio One’s “One For The Weekend” with “Misconceptions” in 2007.