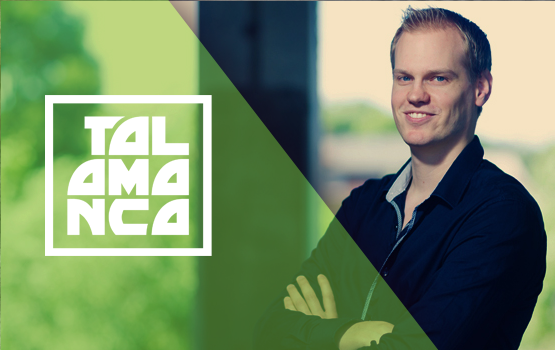 Talamanca was born in the Netherlands in 1987. Having always been a fan of music, he first came in contact with producing at the age of 16 while visiting a friend’s house. During this time he also learned about electronic dance music and has been hooked ever since. From Lounge to Progressive House, Trance to Drum & Bass, he finds all sub-genres of electronic music quite interesting.

In September 2012 the first release under Talamanca arrived. It was a collaboration with his friend Roald Velden, with whom he used to produce trance, under the name Cylum & Velden. After this release, a lot of original productions and remixes started to follow, as he quickly became a household name in the progressive scene. With releases such as “Ocean Drive,” “Remember Me,” and “Times Like These” on labels such as Silk, Elliptical Sun Melodies, Portrait, Nueva, Macarize and many others, he has a bright future ahead of him.

Also interesting for new producers, or producers who still want to learn, are the project templates and MIDI pack he made in FL Studio, in collaboration with Freshly Squeezed Samples.