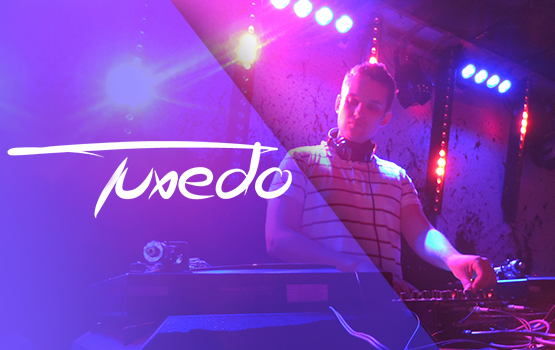 Tuxedo is a DJ and producer hailing from Gdansk (Poland). He has been involved his entire life, as most of of his family are also musicians. As a teen, he learned to play guitar and piano, and he and also became fascinated with various genres of electronic music. Since 2005, he has regularly performed as a DJ. His mixes, which focus on deep and progressive house, have gained a strong positive response in a short time period. They have also provided him with the opportunity to play in the best clubs in Poland and to be a regular guest in various radio shows on leading electronic music stations all over the world. Since February 2012, he has been host of a show on the esteemed platform Proton Radio. Tuxedo is also a zealous vinyl addict, with more than 2500 titles in his collection. The main thing he searches for in his style of music is harmony and drifting emotions that can effect the listener and keep the vibe in his or her mind for a long time.

As a producer, he is affiliated with such labels as Silk, Particles, Spring Tube, Stellar Fountain, Tanzbar and of course Electronic Tree, which is growing under his thoughtful management. His biggest inspirations these days are Hernan Cattaneo, Robert Babicz, Chymera, Jimpster, Vincenzo, The Timewriter, Deepfunk and Schodt, to mention just a few. His future goal is quite clear: to become constantly better as a producer and play live as often as possible, sharing his biggest passion and promoting quality electronic club music.