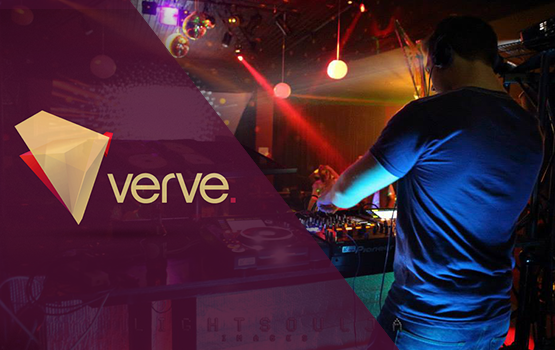 As journeys go, Verve’s has been eclectic and progressive at the same time. Sifting through the hard dance spectrums and evolving into a “thinking man’s producer,” he has matured into the artist he is today. His first track signed was a remix entitled “Deep Nineties.” The frontier was broken, making the track sound almost a polar opposite of its original incarnation yet still holding to the groove that made it popular. It’s important for a young artist to make a difference, and Verve certainly put the solid boot over his first signing.

Never holding station, he has mobilised his productions to incorporate tracks for labels such as Particles, Silk, Lowbit, Mirabilis and Mesmeric Records. This has helped enforce Verve as being a staple diet for the likes of Above & Beyond, Hernan Cattaneo and Jaytech.

Now firmly established, Verve is a “go to” man from the fields of Progressive to Melodic Techno. He has built up a portfolio of contacts that will allow his expressive nature to flourish through all spectrums of dance music. His current project, ‘FutureForm Music’, is exactly what it professes to be. Not satisfied with cornering himself or the label to genre specific artists and sounds his passion for dance music is allowing the envelope not simply to be pushed, but posted to another hemisphere.