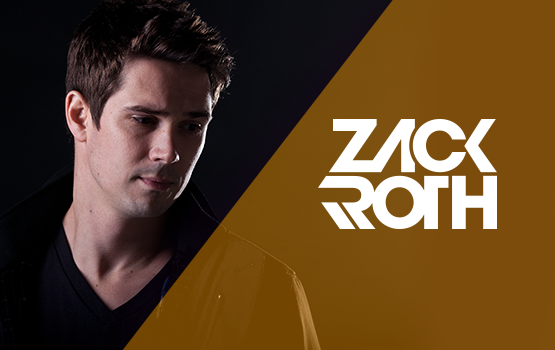 Zack Roth has been a celebrated NYC-based DJ for the better part of a decade, regularly performing at acclaimed clubs throughout his native city and beyond. He has opened for Armin van Buuren, Above & Beyond, Markus Schulz, and Ferry Corsten in front of sold-out crowds at Roseland Ballroom, Best Buy Theater, and Pacha NYC, and has performed the last three years at the internationally renowned dance music festival Electric Zoo. Not only is he the co-host of the Silk Royal Showcase weekly radio show, which is also a Top 100 global podcast on iTunes, but he is also a celebrated producer in his own right. More specifically, Zack has signed original music to a variety of top international labels, including Flashover, Anjunadeep, Armada, Silk Royal, and Dissident, and has been signed on compilations by legendary artists Andy Moor and Sied Van Riel. As both a DJ and producer, his style of music can be described as progressive, dark, and danceable, and his DJ sets and original productions alike showcase his passion for numerous genres of electronic dance music — from tech house to trance.